Archblood, previously known as Witchblood or Phantasma, is a soul-curse produced by Dragons many millennia ago to aid them in their fight against the Void Invasions. Archblood were the foot soldiers of the Dragons who fought against the hordes of Demons with their enhanced Void and Exist fighting abilities, and usually formed ranks under a Dragon Knight as their commander to fight even on the battlefield. Much of the history of Witchblood was recently shrouded in mystery, as after the Immortal War, Witchbloods effectively disappeared from the global playing field, as they could only be created by Dragons, and Dragons had all gone extinct. With the resurfacing of the Imperial and Dread Dragon however, Witchblood started increasing in number, and more and more information was brought forward about them. Notably instrumental to their widespread acceptance and integration into the Regalian Empire was Leufred du Briërust, a noble Witchblood who became the champion of his kind, not only laying bare many of the mysteries surrounding Dragon lore, but also putting to good use the skills of Witchblood to fight the impure enemies of Unionism. When the Conduit connected the final Leyline installation to the World Network, all Witchblood experienced an event called the Uplifting, where they transitioned from the broken state of Witchblood, to the more complete state of Archblood, like they had originally been intended, as Dragon power extended itself onto Regalia. 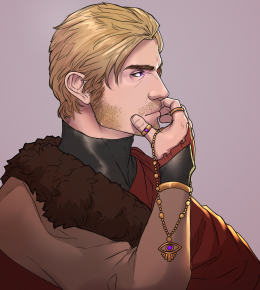 It is rare but some nobles have become Archbloods. Leufred du Brierüst is foremost among these individuals, and has often been a strange position within society as a result.

Archblood status is not a typical Affliction that can be spread. Rather, the only conventional means of becoming an Archblood, is to die. The way Archblood Infection works, is that when a person dies, the Dragons intervene and prevent the Soul from even leaving their body, though a time of catatonic fake-death may occur. However, unlike Undead, the Soul never actually leaves the body, or is brought back into the world through other means. As such, Archblood are not Undead, but they are not truly alive either, as their Soul becomes fused with Primal Essence. The rate at which individuals turn into Archblood, is extremely low. Scholars estimate that lass than a single person every 10,000 deaths becomes an Archblood. More often than not, Dragon Worshipers claim that the process of a person who has died turning into an Archblood, is because of a divine plan from the Dragons, and that each person who turns Archblood was chosen by the Dragons for a specific purpose. All other religions reject this notion, as they do not acknowledge the divinity of Dragons, and instead claim that what they called Witchblood, is just an aberration of the life and death cycle. Additionally, any corpse brought to a Dragon can in theory be turned into an Archblood if they were brought within 24 hours of dying, though few Dragons have been known to agree to such offerings.

Note: It is not allowed for a player to decide whether a Character is revived into an Archblood when they die in Roleplay. Players are allowed to create Character applications of new characters that are Archblood, but in order to get approval to turn an existing character into an Archblood, a request must be made in Discord Ticket Bot of the RP Com Discord to Lore Staff. This ticket can only be sent in within 24 hours of Character Death, and just because a Character died does not mean the Lore Staff will agree to Archblood revival. Individuals killed by Guards can never be revived through Archblood revival.

Archblood look relatively mundane in comparison to other Afflictions, but still have some variable appearance changes depending on their Corruption alignment. The following appearances are noted:

Archblood are created by Primal Magic and the will of Dragons, but are not necessarily allies or loyal to the Dragons by default. An Archblood often has to choose whether to be loyal to the Dragons, or whether to act more ambiguous towards them. Additionally, Archbloods also have access to distinct Corrupting Abilities, which allow them to draw power from other Dimensions, but at a cost. The rules are as followed:

Target: Self
Use Time: Instantaneous
Range: N/A
Duration: 2 IRL Hours
Description: Archblood are functionally immortal so long as their head is not cut off. No matter how much internal or external damage an Archblood receives, they cannot bleed out, or die from organ failure, only from destruction or removal of the head. That being said, sustained damage can incapacitate them and make them unable to fight or move, and they still feel pain. Additionally, any wound that is not fatal, regardless of how severe it is, is repaired over the timespan of 2 non-combat hours, which can be experienced as painful if the wounds are large, and the body has to slowly stitch itself back together.
Cooldown: N/A

Target: Self
Use Time: Instantaneous
Range: N/A
Duration: Instantaneous
Description: The Archblood can presume a bunker down position while kneeling with one arm up, causing an electric static shield to form around them in the form of a dome. This dome is large enough for them and 1 other person underneath. This dome is electrified with static electricity meaning anyone attacking or stepping through it within 2 blocks range will receive harmful shocks and fail to pass through, even if they have an Ability that allows them to step through barriers. This static dome also prevents the entry or exit of any Ability, or Mundane Ranged projectile from the Ranged Combat Proficiency Category. This Ability must always be emoted before any Ability is emoted by the opponent to Counter them, with the exception of non-20 Point investment Ranged Combat Mundane Techniques, which can be Countered by emoting this Ability after.
Cooldown: 10 IRL Minutes after dissolving the shield, but the shield can be held up indefinitely.

Target: Self
Use Time: Instantaneous
Range: N/A
Duration: Instantaneous
Description: The Archblood can summon ghostly Draconic see-through wings that appear on their back, making them as fast as an Asha while the wings are out. Additionally, if the Wings are out, they can Leap towards a chosen Target within Emote Distance instantly unless there is some form of barrier or obstacle in the way, though this part of the Ability can only be used once per day.
Cooldown: Wings can be Toggled anytime, the leap Ability has a 12 IRL Hour Cooldown. Additional function for Corruption explained in the Mechanics section of this page.