The House of Delmotte is a family that has only recently risen to prominence in noble circles, using a method of feuding with better-established families to propel themselves into the spotlight. As it stands, House Delmotte boasts being the family who occupies the largest Regal Culture inclined province, and has it enforced within the mainline Delmottes to signify the family’s rebirth under recent patriarchal rule. 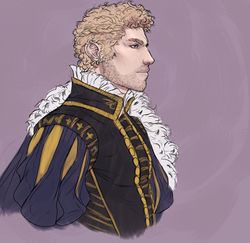 Louis' heir, Marceau Delmotte, has been leading House Delmotte relatively quietly since his ascension to the position in 308 AC.

The House of Delmotte traces their roots back to an Ithanian immigrant to Regalia named Madaleine Jeanne Huinousse Looxois Delmotte, who arrived in the Regalian Archipelago to exploit the Ithanian Gem Boom, which was typical of the Ithanians to do during this time. Disunity was a common theme in the family after Madaleine passed away, and the family passed through five separate matriarchs, all daughters and grand-daughters of the founder, before finally arriving at its second mainline house head, the eighth born of Madaleine and least likely to inherit, Lilianne Delmotte. From there the family leadership passed on to the only daughter of Lilianne, Veronique, and then onto the firstborn of Veronique, Anais. From this point on, disunity in the family would rear its ugly head once again. Anais’s sister Frederique challenged her status as matriarch, and ultimately split the family into two. Frederique eventually perished under suspicious circumstances, resulting in House Delmotte’s province of Gramonde being absorbed by neighboring Counts, leaving Anais as the de-facto Matriarch, but only with the province of La Cresse to her name. Anais’s firstborn daughter Katriane inherited her position as Matriarch and would bear seven children: five to her husband Jean Argent and two as bastards to her consort lover, before being murdered years later by an unknown assailant. Of all her children, her first daughter Emmeline would take up the mantle, though Emmeline’s reign would be significantly short and would see her abdicate to her brother Louis, who is the current and first patriarch of the Delmotte family.

The Duchy of Bastarion has recently been recognized as the home of House Delmotte. The Delmotte territories are divided by a cultural split, with the recently formed Regal culture sweeping over the entirety of Basta including the peasants, while the provinces of Irvelle and La Cresse remain true to their Ithanian heritage. The architecture of each province is predominately Ithanian, which tends to attract tourists due to its exuberance and stylishness. The main residence of the Delmotte family has recently shifted from ‘Manor du Lion’ in La Cresse to ‘Le Palais des étalons’ in Basta, named after the Duke Louis Delmotte’s love for horses, but also as a nod to his ascension as the family’s first patriarch and subsequent implementation of male rule. 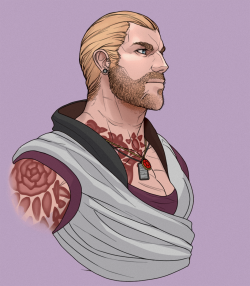 Louis Delmotte always seeks to be the cutting edge of Regal styles, though he often goes for paler tones of the traditional Regal palette.

House Delmotte trades mostly in rare commodities, including gold and all sorts of precious stones, causing their financial capacity to fluctuate depending on the availability of these resources in their mines. The family is however invested in other ventures, which are unique to the rest of the Archipelago. Notably, House Delmotte is the only family who has a significant investment in equestrian traditions, and has capitalized on this by standing out as the only family in the Archipelago who focuses on selling horses, varying from powerful destriers bred for war, simple farm horses, exotic racing steeds, and even the unique Two-Horned Horse which is native to the island chain of Basta.

Ithanian traditions and values, including pacifism, were once the core principles that House Delmotte was founded upon. However, since the ascension of Louis Delmotte and the introduction of Regal culture to his reign, the family has witnessed a massive influx of knights and cavalry into their service, creating an army-makeup of predominantly heavy infantry and cavalry. These units are primarily used in the defense of Delmotte territories, and as a result have developed the identity of stalwart and unyielding defenders, at the cost of abstaining from conquering provinces and declaring wars that aren’t already heavily in favor of House Delmotte.

The politics of House Delmotte are morally grey and in most cases aim to appease as many vassals and subjects beneath them as they can. In the House’s history, the local lords have been content with the rulership of House Delmotte, maintaining a mostly positive relationship with them, given that they usually get what they want to some extent. Unsurprisingly, however, cultural disputes between the Delmottes and the more Ithanian lords are commonplace, which is to be expected from two cultures that in most cases oppose one another, especially given that the Delmotte family once identified as an Ithanian house.

The Delmottes have had a close and sometimes intimate, albeit turbulent, relationship with the Imperial Court in recent years. The family’s involvement at court was first introduced through personal relations between multiple Delmottes and Kades which lasted for a relatively short period. Involvement between House Delmotte and the Imperial Court has since transformed into something purely professional, with the family continuing to strive to acquire and maintain prestigious positions within the Imperial Court.

Ever since Katriane’s ascension to matriarch over the family, House Delmotte has become almost synonymous with equestrian traditions, going as far as to replace the house crest with the image of what appears to be an Elasmo, better known as the “One-Horned Horse.” In the current day under the lordship of Duke Louis Delmotte the family has adopted race and carnival time culture, actively promoting horse and chariot racing, whether it be through erecting new race-tracks or sponsoring the best horses in the sport. As a result, the family boasts perhaps some of, if not the largest, stables in the Archipelago and have branded themselves as the primary merchant for racehorses.