From the deep bowels of the Regalian Imperial City, to even the shallow old countryside graves of centuries old, the Deathlings came to the surface with only one thought in mind, Conquest. Deathlings are undead, but not in the traditional sense. They are resurrected as a distant shell or echo from the past, not quite the person they used to be, and certainly more twisted than before. The first Deathlings were the Midnight Court created by the Mysterious Statue on the battle of Pellenar Fields in Torse. Since then, it is believed that the Midnight Court was responsible for the Bone Horror invasion across the world, and now in recent times, responsible for the rising of the Deathlings in Regalia. The exact long term intent of the Deathlings is unclear, for now they all seem to be bound to their Queen, Freya Lo, to orchestrate her orgy of chaos and violence that has gripped the Imperial City. 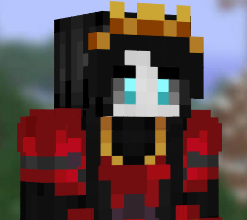 One would believe a person who has been dead for many years to resemble nothing more than a shambling corpse. However, the person that is a Deathling is not actually the corpse standing, but rather a reflection of the corpse. Vile magics that have not been seen or felt in Aloria since the days of the Seraph were used to create a distant echo of a past life, an incomplete copywith its own flaws and disabilities. Deathlings are, physically, an almost exact copy of their former self when they were alive. Freya Lo for example looks exactly the same as she did before she died, and dresses the same, though her physical characteristics look somewhat different. The first observable difference is the skin tone. Whereas her skin was pinkish before, it is now an icy light gray or white color. The second major difference is that her hair, dark brown before, is now a pure raven black. The final difference are the eyes. Before a warm brown, now the eye whites having turned gray and the pupil an eerie luminescent light blue. In fact, in darkness, these eyes appear to dance like two small blue flames. These physical characteristics are the same over all Deathlings regardless of their original skin-tone, hair, or eye colors. This also happens across species, meaning even Deathling Orcs have the same traits. For those furred races, their fur would turn the same color as the skin-tone of the more Humanoid Deathlings.

Deathlings, despite some keeping up a contrary pretense, are inherently vile creatures. They are copies of their former selves cast in the service of the Bone Horror Invasion. Mentally speaking, Deathlings will possess the vast majority of the original person’s memories and personality traits, but some things may be off. Some important memories may be missing, some kind personality traits may be missing. While Deathlings are not incapable of kindness, their personality is often a cold reflection of what it used to be, one focussed on revenge against whatever they deem the reason for their demise, and in some cases an even viler personality takes hold on individuals which were already terrible. Deathlings are inherently cold, vengeful, uncaring, obsessive and revel in pain and violence. A Deathling may attempt to rekindle old friendships with the still-living, only to turn on them when they least expect it and stab them in the back for their perceived betrayal when they died. This pure hatred for their death persists even in the Deathlings who in their previous lives died of natural causes. Even small events that made the original living person sad or feel lost, are twisted and corrupted in the mind of the Deathling to be reasons for revenge. Curiously enough, Deathlings have some form of hierarchy. Common Deathlings are all subject to the Captain Deathlings. The Captain Deathlings have taken over the Violet Order Commander positions. But any and all Deathlings answer to their Dark Queen, Freya Lo. Any order issued by Freya Lo cannot be resisted by Deathlings, nor do they wish to resist it, for it is the will of their Queen.

Note:There is no in-roleplay way to get around this inherent design. Violating the design of the Deathlings by making a pro-Rebellion Deathling or refusing to listen to the commands of the Dark Queen will have your Deathling expelled from the universe. 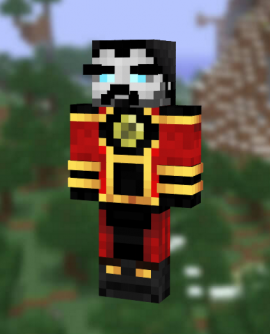 Deathlings were first encountered on the battlefield of Torse in the form of the Midnight Court. Some months after the first encounter, the Midnight Court used vile magics to cast a spell over Regalia, summoning the Deathlings and creating a whole army of quasi-undead to enforce the rule of their Dark Queen, Freya Lo. The exact purpose or intent of the Deathlings is unclear, and will remain so, though they are definitely vicious and evil with their daily dealings. The official arrival of the Deathlings in Regalia was heralded by a speech at the Regalian Cathedral by the Dark Queen, after which the hordes of Deathlings fanned out over the city, killing guard after guard to seize control of the Empire’s capital. Curiously enough, no Deathlings were reported to have risen in any of the Archipelago lands, but the numbers of Deathlings in the Imperial City itself was sufficient enough to perform a complete coup and place the city in the hands of the Deathling menace. The Deathling Menace has successfully occupied the Imperial City itself, though the outlying countryside is still relatively in control of the Regalian Government. The Countryside knows various castles and forts owned by the Noble families which still fly the Regalian banner.

How to play a Deathling

Any player who has had a character that has died in the past years of Roleplay (spanning back to Regalia V1) is allowed to bring said character back in Roleplay as a Deathling. This Deathling must fit to the physical and Mental characteristics that are described on this article, and an example of two Deathling skins is given below. There are some things to keep in mind when looking to create a Deathling however.