Dragon Worship or Dregodar is commonly believed to be the world’s oldest Religion, which at the same time is one of the smallest Religions in the world, even being outclassed by the Ailor-lead Cult of Evolution and some of the more obscure Unionist Sects. The nickname Dregodar dates back to the earliest Dragon Worship cults among the Altalar during the days of the Allorn Empire, a name specifically used to refer to their cult. While Dragon Worship is thousands of years older than the Altalar, the last major group of people who worshiped the Dragons were a sect of Altalar, hence it carries their name. Dragon Worship is a somewhat unusual religion in that while it is absolutely based on providence and present (arguably) divine and sentient Dragons, the Dragons have never acknowledged their divinity or desire to be worshiped. Simply put, while the Faith of Estel is based on Avatars of the Gods who demanded worship, the Dragons are aware that they were or are worshiped, but are very ambiguous about the idea of them being worshiped, or at the very least have never confirmed the want to be worshiped. This does not mean that Dragons have never interacted with Dragon Worshipers in a positive light. In fact, while they do not ask for worship, they have on many occasions helped those who worshiped them with specific tasks or requests, or heeded the prayer of those in need. Still, no Dragon at any point proposed their own divinity or the duty of the faithful to worship them, which makes Dragon Worship the only religion to have that nuance.

Dragon Worship does not take place in specific temples or holy sites like occurs in other faiths. In fact, the entire idea of idolization of Dragons is considered taboo among Dragon Worshipers, because one of the core beliefs of Dragon Worship is to acknowledge the flaws in their own gods as imperfect beings. And because their gods are imperfect beings, so too is their creation (the worshipers) imperfect, and in need of improvement. Dragon Temples certainly do exist, though they never really serve the same function as say, a Unionist temple would. While one goes to a Unionist temple for communal praise of the Everwatcher and the Emperor, a Dragon Temple is more about community and coming together, and helping each other through whatever ails exist. This is why many Dragon Temples throughout particularly Anglia and Kintyr where Dragon Worship has a notable presence, also double as hospitals and healing centers or soup kitchens and orphanages. Many buildings are not even clearly visible as Dragon Temples, because their identity was cleverly hidden in the masonry, with only few emblems recognizable at entrances for those initiated in the symbols. For many centuries, Dragon Worshipers were persecuted, first in the Allorn Empire when it turned against the Dragons and started killing them, and later by the Ailor as they started stamping out non-Unionists religions in favor of aggressive conversion. Enclaves of Dragon Worshipers continue to exist in Anglia, Kintyr and the deep forests of Daen, as well as the northern reaches of Ithania, but by far, is the smallest religion in the world with only a few thousand followers at best.

Dragon Worship is primarily preached by so called Matrons (which can be either male or female) and exist in rough regional areas. For example, during its zenith, Dragon Worship had a different Matron for each Realm, however in modern times, perhaps only three Matrons still exist, with two likely in hiding. Other regions like Farahdeen also saw a religious shift away from Dragon Worship and into its own distinct religion that acted more like an evolved form of Dragon Worship, such as Mussaktu. Another important distinction to be made is that Dragon Worshipers do pray, and that the practice of praying in Unionism may have actually been inspired by it. Praying in Dragon Worship is the idea that a person may ask for aid in a difficult task or problem they cannot solve themselves, in the hopes a Dragon will listen and act. Finally, Dragon Worship has a complicated relationship with the concept of infallible divinity. In Unionism, to deny the will of the Spirit, as in the Faith of Estel to deny the demands of the Avatars or Talea, is heresy. In Dragon Worship however, there is some nuance. Dragons are commonly said to be “Resolute and Rightly Wrong”. What this means in practice is that so long as a Dragon does not make an absolute statement or demand, Dragon Worshipers have room to negotiate with the actual interpretation or intention of what a Dragon did or said. For example, if a Dragon attacks a coal mine and destroys it, the worshipers may invariably declare that it was the miner’s fault, the coal’s fault, the mine was badly built, or a Demon lived in it. The worshipers may even attribute a mistake to the Dragon, to believe that it attacked the mine because it thought there was a Demon, even if there was not. If however the Dragon had come down, assumed a humanoid form, and commanded that the mine be closed because a Demon had infested it, then the Dragon Worshipers are not permitted to disagree or disobey the instruction of the Dragon. Dragon Worship as such allows for some wiggle room of interpretation, and even disagreeing with what a Dragon does, but one may never disobey or deny an Order when it is given from the Dragon’s mouth in clear wording. 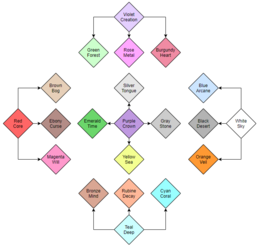 This image shows the orientation of all the Dragon Thrones. It is important to note that the Purple Crown Throne technically rules all Thrones, but acknowledged that sometimes they simply cannot due to the difficulty and nuances of politics among Dragons, and have to cut their losses. As such, the primary Realms are depicted as nominally autonomous, even if they all fall under the Purple Crown leadership.

The Hierarchy that exists within Dragon Worship is one of duality. The primaries are the major gods and goddesses, Rhaakhr, Asaph, Saaima, Anlon, Qaarn and Masrafaal. The primaries are the major gods much like the Pantheon of Estel has 8 major gods. Supporting these six Dragons however are the secondaries or supporting Thrones. Each primary has 3 secondaries (except the Crown Realm, which has 4), and each of these pairings are considered a “Realm” which are thematically grouped together. These distinctions are based on what Dragon Worshipers have gleaned from real Dragon politics and interactions, and many of these distinctions are also geographical. For example, the Crown Realm has Dragons which are all rumored or known to have centered around the Archipelago and the lands within close vicinity, while the Sky Realm has Dragons known between Farahdeen and the Sihai lands. A primary is always chosen as a Dragon Worshiper’s preferred god or goddess to live up to. Worshipers attempt to emulate their wishes for the world and embody their virtues, while also acknowledging their vices and attempting to minimize them. Secondaries are never worshiped as primary gods and goddesses, but can be rotated between in a supporting role for their primary. It is not possible to worship multiple primaries or secondaries belonging to different primaries than one’s patron primary. This is considered taboo and unfaithfulness to the chosen patron dragon. 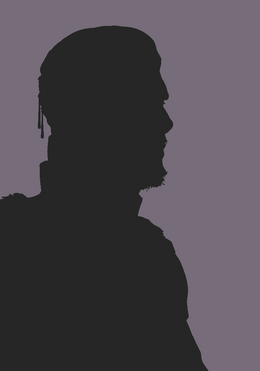 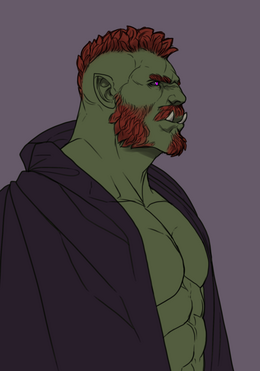 Dragon Worshipers have a festival for every month of the year, that are shared between all Dragon Worshipers no matter what Dragon Realm or God or Goddess they worship. These are often rare opportunities for Dragon Worshipers to exchange ideas and all worship every Dragon as equal just on that one day, as it is permitted to hold all Dragons in equality only on the holy day of the month. Every month on the 15th a Dragon Festival takes place with a different theme: