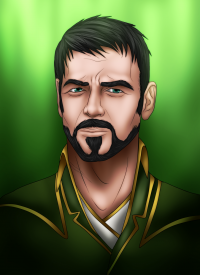 Despite the fact that the rapid expansion of the Human race has only started since the collapse of the Elven Empire, they have quickly become the most populous race on Aloria. With rapid colonization and expansion in all directions, Humans can now be found in all four corners of the world, trading, crafting, building but also waging war. The rapid expansion of the race has come with it’s downsides as well, humans are capable of great acts of cruelty, severe xenophobia towards other races, greed, infighting and great corruption. Of all the races of Aloria, humans are the most prone to greed and envy, causing whole kingdoms to descend into chaos over something as insignificant as a title or consort. Despite all of this, Humans are also the most capable race to reach great things through cooperation and an great entrepreneurial attitude.

Humans, like Elves and Dwarves, descended from the great Seraph civilization. The Seraph that fled to Ceardia and hid in the vast empty expanses of this continent eventually formed the human culture and adapted to the rural lifestyle. From the earliest point in Human history, Humans formed petty kingdoms and warred each other and themselves constantly. Any unification attempt trough peace or diplomacy always failed and devolved into large scale wars, though many of the citizens in the kingdoms seemed content with this situation. Because of this, the human petty kingdoms were no match for the Elven Empire that invaded Ceardia many times for riches and slaves looting coastal kingdoms and taking those they spared. Human kingdoms did not have the splendor and grandeur of the Elven cities, being small and made of wood, straw and stone, and lacked the defenders required to stand against the might of the Elven Empire. 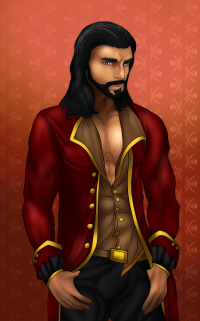 With the collapse of the Elven Empire however, the Humans finally found themselves in the position where their growth was not being held back by the Elves. Many petty Human kingdoms were struck hard by the void invasion, their locations on the forefront of the war against the Void demons. This paved the way for one particular island to rise to power. The political power on this island was called Regalia. Situated on aniIsland with a large fleet, the Regalian Empire adopted the coastal raiding techniques of the Elves, quickly and easily subjegating large areas of petty Human kingdoms that had nothing to defend themselves with. Instead of just looting the places however, the Regalian Empire settled in the new colonized areas, assimilating them to it’s culture and politics. Leaders were bribed with gold and positions in the Regalian Senate, and in many places the Regalian fleet was welcomed as a window to prosperity, often bringing education, commerce and culture.

Human culture is very much defined by Regalia in present times as the great metropolis capital of the Human race. Religion in Regalia used to be that of the old Human gods. These gods were pagan and wild gods from ages before the Elven Empire. With the formation of the Regalian Empire however, a new religion called “Union” made a quick rise to prominence. Union as a religion is focused around worshipping the Emperors of Regalia, who ascent to godlike status upon their death. The religion is a strict one, denying the old gods as heresy, and demanding worship from all Humans, calling for a Human civilization under one religion. 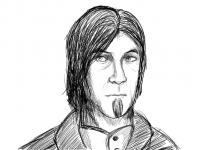 Humans out of all the races, are the most prone to be patrons of the Art. Many races would find it impractical to spend as much wealth on art and decorations as Humans do. Many nobles in Regalia attempt to out do one another with more splendor and excessive displays of wealth, even as the poorest in the slums die of hunger. Out of all the races, Humans have the largest gap between rich and poor, with little to no interest from the richer nobles to help relieve the problems of the poor. Despite the fact that Human society is cruel, it is still the most effective in terms of order and productivity. Lacking the craftsmanship of the Elves and Dwarves, the humans outdo them in sheer production, allowing them to field larger armies and maintain larger populations.

The rapid conquest of Regalia had a dark side however, as while the Empire grew larger, so did the corruption and political scheming in the capital. Politics in Regalia were run by the Senate of Regalia, headed by the Chancellor, a seat dominantly held by the Kade family. The Senate itself divided into different factions – assassination attempts driven by scheming and ambitious leaders against other political leaders became a common practice. Despite the political infighting, the majority of Regalia’s politicians still held the good of Empire as priority, and colonists were sent out to many different continents. Daendroc was colonized, along with Ellador and Ithania. The Whole of Ceardia eventually fell under the power of Regalia, and minor outposts were established on Kelmoria, Jorrhildr, Farah’deen and even the wild continent known as Lerina Basa.

Roughly 200 years after the last void invasion, The Naga kingdoms in Hadar lived in a time of unprecedented military power. One empress of the Naga, Mikuni, managed to unite all the Naga petty fiefs under her banner of serpent worshippers. Their newest weapon, the magic of the sea serpents they worshipped, made them especially dangerous, and a threat that could not be ignored. Immediately, the Regalian Senate was distressed over potentially being surpassed in military might by the new Naga Empire, for they had gained a global dominant position that they were not willing to give up so easily. Without first formal contact or negotiations, Regalia declared war on the Naga Empire. 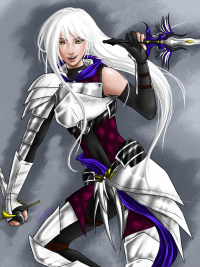 Come to be known as the Chyrsant Wars, the confrontations between the Naga and Regalia was extremely violent, humans exterminating whole cities and kingdoms in Hadar as the Imperial fleet wrecked its way to the core of the Naga Empire. The great battle of Feng Huang saw the Imperial fleet, headed by Emperor Justinian I and supported by Ortan and Moriarty Kade, as well as Henry van Sherburne and Harald Redblock, pitted against the fleet of dragon ships headed by Empress Mikuni of the Naga Empire. The battle saw nearly 300 ships sunken and near the end of the battle, the Empress summoned a Sea Serpent from the deep in an attempt to salvage the battle in her favor. The Serpent managed to rip through many ships and kill Ortan Kade, before it was eventually slain by a great broadside of the flagship.

At the end of the battle, only one in four Regalian ships remained, but the Naga resistance had been completely broken. The fleet sailed it’s way around Hadar destroying many more defenseless cities, reducing the Naga population to less than 5% of it’s original size. Upon returning to Regalia, the fleet bore many riches and spoils of war, and after re-organizing their military fleet, Regalia became the undisputed number one military power of Aloria. The Chrysant Wars were short and brutal, but defined Regalia’s policy towards non Human military powers. Any non Human power that arises in the future will have the Regalian fleet on their doorstep.

In recent times, Regalia has allied some of the Elven Unqualë tribes fighting Orcs in exchange for Elven arts and their resources. Regalian troops are being levied over to Daendroc to prepare a campaign against the Orcs that still linger the continent. After the collapse of Ceardia and the abandoning of the continent, many refugees fled to Regalia. The influx of refugees has only made the xenophobia many humans feel even worse. Recently, the Senate has started stripping rights from non humans and condemning many to live in squalor in the slums. Despite it’s lack of interest to defend non Humans, Regalia stands as the last true bastion against the Void legions, being the only military competent state to match itself to the Archdemon’s hordes. Until this day the Archdemon is aware of this, and focuses its attempts on sabotaging Regalia with whatever means he can find, whether by destabilizing the political spectrum with the assassination of the Kades, sending more vampires to the city spread terror, or full out attacks by the Dark Banshee.