The Regalian Military finds its rough origins in the Regalian Kingdom, though even this claim is debated by scholars. Before the Five Family Rebellion, the Kings of Regalia utilized the Breizh people of Kintyr as their main fighting force, though with the fall of the Ailor state and birth of the Regalian Empire came the tides of change. The first military organization founded in the wake of the Rebellion was the Viridian Order, though the vast majority of the infant Empire’s fighting power came from the feudal levies of the nobility. Still, this relatively loose structure was sufficient for the time, as the First Hecarian Conflict proved that the Empire could expand into the southwest of the Regalian Archipelago, toppling the Hecarian Kingdom in the process.

However, the Empire’s ascension into a military superpower would face its first hurdle during the first two decades of the Skagger Wars. While the Empire was able to capture territory from the Skagger Horde, their inability to hold onto these claims forced them to retreat to their established borders time after time. It would be Emperor Henri I that would solve this stagnation, and consequently define the next two centuries of Regalian history. Rather than focus on the ancient practice of fighting on land, Henri turned to the sea for the Empire’s destiny. After a brief war with the Bergerland Republic in 87 AC, the Empire gained newfound wealth from the mercantile state, and within a year the Imperial Navy was born. With the newfound ability to move armies over long distances in only days rather than weeks, the Empire exerted its power over neighboring states, before making the continental leap to Daen under the leadership of Chancellor Vlaas Kade. 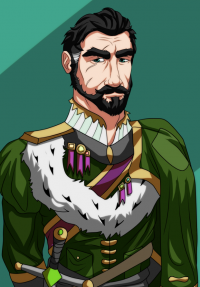 Wirtemcaller Generals played a key role in creating the hierarchy of the Regalian Military.

The next expansion to the Regalian Army came under the reign of Allamaria I, who was influenced by ex-Wirtemcaller generals and House Cadar to create a more formal hierarchy beyond the noble levies. Thus the Board of Admirals was established alongside the State Academy for Officers in 180 AC, with Hector Cadar appointed as the first Grand Admiral of the Marshalry that same year. Under the Cadar Marsharly, the Regalian Military’s leadership was drilled and conditioned into a standardized fighting force, able to fight wars effectively and efficiently across Aloria, setting up governorships for the Empire as nations were brought to heel.

The Regalian Military would remain roughly the same up until the rearmament period preceding the Chrysant War, which saw the pride of the Imperial Navy, the Anglian Naughtknight, first constructed in the Anglian Great Works. Following the war, Emperor Justinian II made the next great advancement to the Regalian Military by passing the Tenpenny Act of 192 AC. Taking note of the feudal levies’ poor performance against the armies of the Essa Empire, this Act created the first professionally trained soldiers, while also birthing the formal Imperial Army. Within the decade, the Regalian Military’s land-based performance soared, with Tenpennies slowly phasing out the levies, which were now used as auxiliary reinforcements.

In present times, the Regalian Military has undergone its most recent structural change under former Emperor Cedromar I. Believing the Board of Admirals to be too ineffective in carrying the multiple duties required for a Soldier Emperor’s campaigns, he created the Imperial Marshal Cabinet, a body of Admirals and Generals that would handle the movements of the Regalian Military, while the Board of Admirals handles logistical matters and standardizations.

Regalian soldiers are some of the most disciplined in Aloria, following their commanders into the thick of battle.

The Regalian Military consists of both the Imperial Navy and the Imperial Army, though both fall in under the same overarching hierarchy which stems from the Emperor himself. At the top are the various core leadership positions and bodies, which trickle down to the various commanders and officers, before ending with the run of the mill soldiers conscripted into service. Despite the hundreds of thousands of men and women that fall under the Regalian Army, the chain of command ensures that each soldier knows who they answer to in order to carry out their orders effectively.

Below is a hierarchy listing the complete Regalian Armed Forces. Positions that include no special privileges are marked in Purple, while those that do are marked in Blue. Note that playing a member of the Regalian Military in any capacity requires an approved Character Application.

Note: Various white marked positions are Core Leadership Positions not available for players through Character Applications. These can only be granted based on Noble DM decision, or via the Military System. 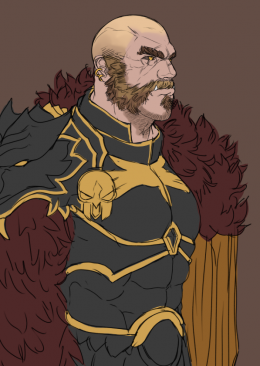 Many of the Empire’s most seasoned commanders, such as the Iron Duke of Vultaro, sit on the Board of Admirals. 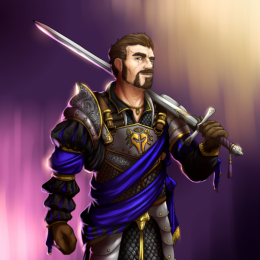 Field Commanders not only serve as front-line commanders, but also as morale boosters for the soldiers around them. 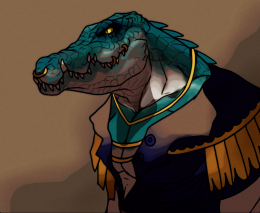 Various client states offer their local troops to the Regalian Military, such as the Cro-Allar led regiments from Hadaria

The Imperial Navy has access to several different model Regalian warships, state of the art weaponry developed by Regalians, as well as Qadir and Dwarves in service to the Regalian Navy. Over the years, technological innovations have obsoleted older class ships, but general designs have been maintained over the centuries, in the belief that raw firepower will win the day. A list is presented below, highlighting the main warship classes as well as basic information on each warship design.

In order to publicly show support to those that fight on behalf of the Empire or provide aid on the front-lines of war, the Regalian Military issues out several types of Military Medals. Highlighting the achievements of individuals on campaign, Military Medals are typically worn on a military uniform, or displayed in some sort of frame when received. Medals are usually handed out by the Imperial Court Marshal during an awards ceremony following the conclusion of a war. In some rare circumstances, the Emperor Himself hands out a few awards, though usually only those with immense Prestige attached to them.

There are several "Ranks" which are eligible for Military Medals. Generals/Admirals are for those members of the Imperial Marshal Cabinet who received commissions to engage in warfare during a campaign. Tacticians are those who may be Generals/Admirals, but also secondary advisors to the lead commanders. Soldiers are those that make up the fighting force of the Regalian Military, from the Field Commanders/Captains of Comission to the Front line Soldiers and Sailors. Medics are front-line healers and nurses that tend to the soldiers' injuries sustained during combat.

Each Medal has a certain level of Prestige associated to it, which is designated by the amount of stars attached to it. One-star Medals for example are usually more common than two-star Medals, and are granted to individuals who perform their roles competently. More stars indicate greater rarity, and higher difficulty in obtaining. There is only one five-star Medal in the Regalian Military: the Holy Heart. Very few individuals have been awarded this Medal since its creation, and to be a recipient carries immense respect in military circles and the public at large.

A list of all obtainable military medals are as follows. As a note, players cannot claim to posses any Military Medals via backstory, and may only obtain them via an awards ceremony presentation by the Imperial Court Marshal or the Emperor.