Sihndar, also known as those afflicted with the Northern Taint, are a people defined by duty and resolve. They are an afflicted sect of mostly Altalar warrior-protectors that have roots stretching back to the old Allorn Empire. They are inseperable from the Sihndar culture, which defines their beliefs and duties. While the Isldar separated to seek icy mountainous keeps, the Sihndar set their own standard of martial excellence, dedicating themselves to protecting non-afflicted Nelfin from otherworldly terrors. The Sihndar are in a class of their own when it concerns discipline and martial strength, and are specialized in anti-deimenthist battle tactics. They defend the Forsaken Continent against Void and Exist incursions, and travel throughout the world to put down terrors that are too often raised by other Nelfin. A Sihndar’s travels may take them to the ends of the world in search of demons to put down, allies to be made, and commitments to defend their homeland. Even the Kathar, whom most Sihndar despise on general principle, allow Sihndar to keep a permanent embassy in Kathar lands to deal with any especially dangerous Demons the Kathar accidentally summon. Such agreements are becoming more common throughout the world since the turn of the century, as various dangers begin to arise, threatening lords and commoners alike. Through it all, the Sihndar wander and hunt, working in noble courts as expert demon slayers, or wandering from town to town, dealing with Vampires, Cahal, and otherwise. Sihndar tend to keep in touch with their kin back home, gaining allies and friends, for the express purpose of strengthening the cause of the Sihndar, and their ability to hold back the tide of Void and Exist horrors. The Sihndar are simultaneously respected for their roles as protectors, demon slayers, and worthwhile allies to be made while being constantly kept at arm's length for fear of their true intentions, or openly disrespected by those who can’t tell the difference between a Kathar and Sihndar on sight. 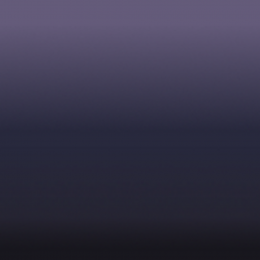 At first glance, many would view the Sihndar as little more than a dark, near violet skinned Altalar. They share generally similar physical proportions to the Altalar, with the most noticeable difference being the affliction that affects the Sihndar known as the Northern Taint. The Northern Taint physically changed the Cult of Dronnal Altalar who were present on Drowda during the Cataclysm. When the Wretching Tear tore open above the continent, The Northern Taint infected not only the Altalar present, but the lands, fauna and flora likewise. The Northern Taint has since expanded beyond just the Altalar, infecting the other Neflin Races in small numbers, yet never spreading beyond those peoples. Corruption has left their skin tones a range from deep purple to blues; their hair colors a mix of blacks and whites, with a rare occurence of Maroon or Mahogany; their eyes commonly come in a mix of shades from blue, green, and grey, and rarely violet and a dark gold. However, their facial structure, height and body shape remain untouched by their affliction. Aging is a peculiar thing for Sihndar, as they seem to cease aging at around 30 years old. That being said, not all Sihndar look like they are in their prime years at all times. This is because Sihndar, like the Altalar, can actually change their age appearance at will. Even though they do not physically age beyond a certain point, Sihndar can through meditation change how old they look. In Sihndar society, the cultural notion of a Sihndar changing their age-appearance is controversial. Generally speaking, the Sihndar believe that someone’s aged appearance should be dictated by the level of respect they demand from other Sihndar, as opposed to it being an aesthetic choice. Among the Sihndar, choosing to appear the equivalent of a middle-aged Ailor will cause some resistance if the Sihndar in question does not have an appropriate level of respect. Unlike the Altalar, however, the aging of the Sihndar never advances, right up until the age of 300. Every known Sihndar at this point has been recorded to freeze up and become statue-like. Their body never decomposes, and will remain in this frozen state until destroyed through outside forces. Even when they die in the heat of battle, a Sihndar will freeze-up and become a stiff statue-like corpse. It is commonplace to take heroic Sihndar of great renown after death to great halls of heroes, where their bodies are kept and treated as if alive, on display for all to gawk and question over. 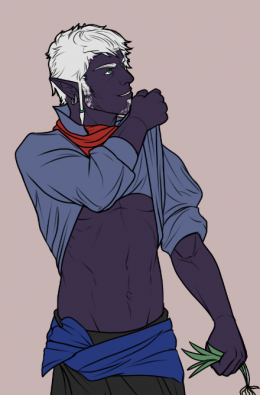 Not all Sihndar need to fight to support their common cause. Some Sihndar live as simple Apothecary workers, sending shipments of medical supplies home. 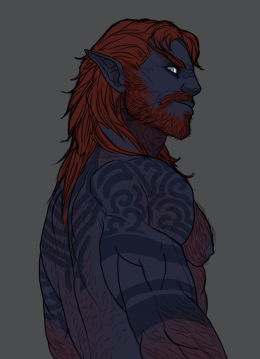 The Sihndar often oscillate between being thought of as attractive and repulsive due to their afflicted nature.

The Northern Taint first inflicted on a wide-scale only once in recorded history; when the Wretched Tear spread forth the Northern Taint upon the Altalar that were present in Drowda at the time. The Infection has since been passed down from those originally infected Altalar by birth, and more recently, has been discovered to infect Nelfin who consume a variety of Flora from Drowda. However, it should be noted that the history of the Northern Taint is tightly wound up in the history of the Sihndar on Drowda, and further information on this topic is available elsewhere.