Morvali are a very rare form of shades and remnants of emotions and memories once belonging to whole people, now resorting to staying alive by feeding off the memories of others, craving the love and affection they never had, or were robbed of. Morvali are made when a person dies, directly as a result of or related to circumstances around a scorned love affair or marriage. Commonly Morvali are women murdered by their husbands but have also been known to be men who could no longer go on without their wife who died from an unexpected cause early on in the marriage, or a woman scorned and betrayed to the sorrow of lifelessness by a lover who chose another. Morvali are denied the peace of death as the conflict between their emotions and memories cause their memories to be trapped by their agony and passionate emotions, not quite becoming undead, but not quite being alive either, instead condemned to drift not unlike a phantasm. They leave their body behind, but still manifest in a physical way, hungering for the memories of love returned and passionate moments in others, seeking them out with subterfuge and feeding off them to sate their hunger and sustain their existence. 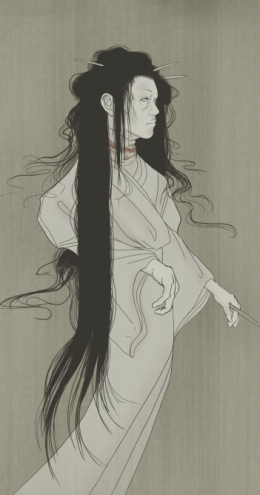 In Banshee Shade, Morvali can sometimes manifest their way of death with red markings on their body, in this case, this Morvali died by strangling. 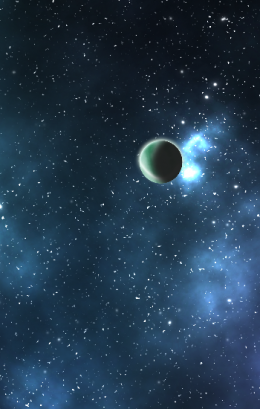 When the Celestial Body Haggoron or (Lomei in Ancient Altalar) is high in the sky, the Morvali feel particularly emboldened, gaining greater satisfaction from feeding. 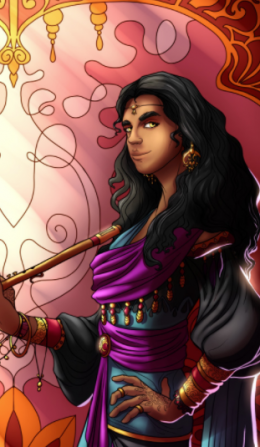 Among the Qadir, the Morvali are called Aghnit Hubun, and carry a long flute around to show their identity as those of the 'Lovesong' that offer peace of mind.

Morvali, sometimes also called Weeping Wraiths, have existed for thousands of years, as references to these beings exist even in ancient Altalar texts, sometimes mistakenly calling them Rime Crones, thinking it has something to do with an ice curse, as they seemed to proportionally appear more in the colder environments of the Allorn Empire than elsewhere, the harsh life in the tundras resulting in more lovers abandoned to the frost. It is recorded that these Rime Crones caught wandering loners in the tundras and snowstorms, presumably feeding off their memories, and then leaving them to die alone and confused. A folk tale among the Altalar eventually arose that the Rime Crones actually lured men away to eat them, but this is not accurate to the truth. It is in fact far more likely that the Morvali simply fed off their memories, left them in a weakened state, only to be eaten by wolves or bears, to be found later by others half-eaten. Because of the prevalence of Memorymancy among the Altalar, it should come as no surprise that the Altalar have a particularly strong hatred for the Morvali, who they consider memory thieves and parasites, taking particular pleasure in killing (even temporarily) any Morvali they find in the name of Estel and Ulley.

In other societies, Morvali appeared less often. Altalar society developed a cruel and abusive element early on, while most Ailor societies remained fairly simple and fair, thus proportionally creating less Morvali. The frequency of Morvali increased as Ailor society grew more complex, especially during the zenith period of the Regalian Empire. In fact, Morvali appear proportionally more in the upper classes of Ailor society than they do among the commoners, especially among the Ithanians and New Regalians where arranged marriages and strict monogamy or polygamist values result in somewhat skewed relations. While no true location is home to the Morvali, there is a proportionally higher number of Morvali present in the Forest of Secret Whispers, a dark pine forest spanning the regions of Ober and Unter Calemberg, between Alexanderburgh and Lutherstadt. This sparsely populated region is known to have cruel male-preference customs, as well as the darkness and depth of the forest hiding many stories and myths untold and forgotten by time. While Morvali do not actually recognize each other all that much (since they cannot feed on one another), Morvali have sometimes known to come together in these so called Weeping Whisper Councils, a form of Coven not too dissimilar from Vampire Covens. Yet, these groups do not exist to aid one another in the traditional sense or for some sense of community belonging. Rather, they exist for Morvali to exchange knowledge on victims, who has the juiciest memories that sate the best, and who is the easiest to deceive. Even while a Morvali is not actively hunting for memories to feed off, they take satisfaction in pretending even if just for a little while, to be the person from their victim’s memories, reliving a normal life before the hunger returns and they must feed once more.

The Morvali are actually accepted and within the norm in Qadir society, the only society in the world that permits them to exist openly among them, and might even be inclined to protect them in foreign societies like the Regalian Empire when one is hunted. Among the Qadir, the dead take on a different type of role, as many ‘die’ in the traditional sense when their Soul Essence is transferred to clockwork machinery, but still live on in a conscious way. As such, the Qadir already have a more relaxed attitude towards the undead. But what makes the Morvali exceptionally useful to the Qadir is that they can feed off the memories of those who have also lost a lover or have bad memories of a failed love affair, but continue to be alive. Qadir already make a habit of modifying and messing with memories and emotions to be more efficient in their work and inventions, and as such, Morvali are accepted as those who offer peace of mind, by stealing away memories and anguish of a past love affair to give peace of mind. Some Morvali have even set up businesses in Al-Alus and Mooriye, where customers gladly pay for their hunger with their memories, to clear their mind, and make them more focused on their work.

Morvali are created when a person dies early on in an intense love affair, through whatever means, or dies from a broken heart after the death of a cherished lover, or is scorned by their soulmate who chose another. At the moment of death, their soul is unable to properly unravel like it does for all who pass on, the intensity of their emotions clinging onto their memories that refuse to leave the mortal realm. Instead of Undead who have their soul bound to their body however, Morvali are not bound by their old body which may well remain in the grave or crypt they were buried in. Instead, their memories use Ordial energies to manifest a physical body from thin air, a body that looks somewhat like the old body, but not quite, as memories are prone to fade and misremember small details. In this form, the person might appear just like any other normal person to the untrained eye, but exists more like a shade on reality, or a ghost, than an actual physical person. They are also immediately beset by a hunger for the love that they craved when they died, a hunger that can only be sated by consuming the memories of love, passion, and affection from others who have had it. The vast majority (9 out of 10) Morvali are female, though male Morvali can also exist, they are simply much rarer. Scholars have largely theorized that this is because most Alorian societies are patriarchal or male-dominated, and as such, it is far more likely for a woman to be murdered by her husband, or scorned by a man who abuses his lovers, than it is the other way around.

Morvali cannot be cured in the traditional sense. Since they are not alive, nor dead, and not even quite undead either, no known exorcism ritual works on them, and there is no way to restore their soul back to normal as it has long since left the body. Morvali are presumed to be immortal, as long as they can keep feeding on the memories of love and affection belonging to others, that which sustains them in the physical realm and prevents what remains of their soul to deteriorate into a poltergeist that loses all sense of self and reality (which is what all Morvali turn into if they stop feeding for several weeks). As time passes, the original person becomes more and more faceless, the memories of who they once were fading with each feeding of emotions and memories, with particularly old Morvali who have wandered Aloria for hundreds of years having a blank featureless face. Despite being essentially ghosts, Morvali can be killed, temporarily, through physical harm. Their body remembers how the living function, and any kind of mortal harm applied to them causes their memories to unravel, turning them into an invisible specter that cannot interact or perceive the world outside of Bintaar. It then travels back to the rough equivalent location where it became a Morvali for the first time in Bintaar, where it will then re-manifest a physical body after 5 days. Morvali, as such, cannot be permanently killed, and the world is only so lucky to have fairly few walking around.

Morvali have a number of Abilities that aid them in feeding off the memories of others. In many ways, Morvali resemble Vampires, seeking memories instead of blood, but using the same shape shifting mechanics to seek out their prey, and immobilizing during feeding. Morvali Abilities are Ordial in origin, and as such don’t have any strict counter, except if an Ability would counter Primal Powers, or inhibit the use of Primal Powers.